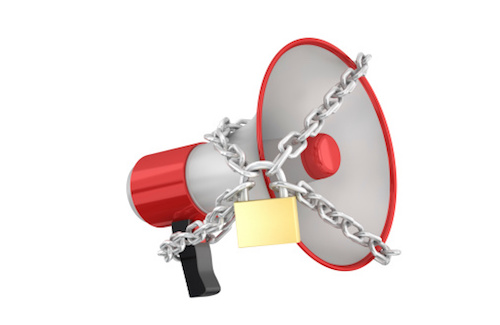 Islam is considered by the majority of Muslims as a way of life and not just a religion. Islam teaches what is 'right' and 'wrong' according to Allah's commandments, conveyed to Mankind by Prophet Muhammad peace be upon him (PBUH). Ethics according to ordinary people's understanding is about differentiating between 'right' and 'wrong'.

If a Muslim behaves in a manner contradicting the teachings of Islam he will be deemed to have behaved in an unethical manner as he has committed a wrong act. On the other hand if a person for example a journalist slanders an individual then he has acted in an unethical manner. Slander is prohibited by law in many countries and by Islamic Law as well (see Quran Surah No. 104 - Humazah) whether being a Muslim or not the behavior was wrong and it is not expectable from a journalist. Even other journalists will consider this person’s behavior as unethical and brings the journalism profession disrepute.

Media is defined as the means of communication used to inform or influence people at a local, national and International level. This could be in the form of television, radio, magazine, newspaper, publications or the internet. It is important to discuss Islamic ethics and the Media because there are many Muslim journalists and media networks employing Muslims all over the world and they need to understand Islamic ethics regarding media in order to guide and assist them in their profession and to help them maintain the Islamic character in their work as adopted by the International Islamic Mass Media Conference in Jakarta in 2000. This may also be very helpful to governments of Muslim countries in regulating the media.

Media ethics differs from one country to another around the world depending on the political system or culture of the country. There might be some agreement on media ethics applied throughout the media but there are some genuine differences. If values differ amongst different cultures, the issue arises of the extent to which behavior should be modified in the light of the values of specific cultures. Consider the following examples of controversy from the field of media ethics, the first being the publication of the book called 'The Satanic Verses' in 1988 by Salman Rushdie. the book was considered blasphemous by many Muslims because in the book it is claimed that the Prophet Muhammad (pbuh) first proclaims a revelation in favor of the old polytheistic deities but later renounces these verses as being influenced by Satan hence the reason why the title of the book is 'The Satanic Verses'.

The second controversy was in 2006 the Danish newspaper Jyllands- Posten published cartoons of Prophet Muhammad (PBUH) including one with a bomb in his turban which resulted in protests from Muslims around the world and condemnation from Arab and Muslim Governments.

Had Islamic ethics been applied to both Salman Rushdie and the Jyllands Posten cases then there would not have been any controversy as they would not have been able to insult the Prophet Muhammad or any religious figure as respect for other religions is contained in the Holy Quran 'You have your religion and I shall have my religion' (the last verse of Surah Kafirun;109:6).

The issue of drawing the line between censorship and free speech or freedom of expression arose especially when other European newspapers reprinted the cartoons aggravating the situation. In many Muslim countries it is considered immoral and blasphemous to depict Prophet Muhammad (pbuh) but not so in European countries. Therefore the issue of relativism in morality and media ethics needs to be investigated.

A key issue regarding ethics in entertainment is the illustration of violence, sex and strong language. Ethical guidelines and legislations in this area are common as a way of regulating the entertainment industry in many countries but this may differ from one country to another. Film and computer games are subject to rating system. For example, a particular film may be rated only suitable for adult viewers over the age of 18 in the UK by the British Board of Film Classification but in the USA it might be rated by the Motion Picture Association of America as 'R-Restricted' this would allow viewers under the age of 18 to watch the film if they are accompanied by an adult.

The main principle here is that it is up to the individual countries themselves to decide how to rate the films. There does not seem to be a global agreement on entertainment/film ethics and perhaps there might be a need for one. Islamic ethics would prohibit the depiction of sex, strong language, nudity and most if not all forms of violence.

We may also need to consider applying Islamic ethics to strands of social media such as ‘YouTube’, ‘Twitter’ and ‘Facebook’ as these strands were used during the Arab spring to organize protests and show the world the atrocities being committed by Arab dictators. Arab dictators also banned or placed restrictions on Journalists who are covering the real issues and stories, so YouTube was used by protesters to upload their own videos and share their struggle and stories with others around the world. YouTube was used to show the world that protesters were being shot and killed and this have increased pressure on the dictators which eventually lead to them stepping down. In essence YouTube was used to bypass and overcome the restrictions placed on Journalists.

Changes in journalism practice, developments in new media technologies and different patterns of ownership all play a role in creating ethical dilemmas. Therefore Islamic ethics must be applied where necessary as Prophet Muhammad (pbuh) was sent to teach mankind the difference between 'right ' and 'wrong' which is all centered around ethics and character.