The Research Center for Islamic Legislation and Ethics (CILE), a member of the College of Islamic Studies (CIS) in Hamad Bin Khalifa University (HBKU), held a webinar on the 16th of November 2020 via WebEx Platform under the title:

Don’t miss the online discussion on:

Unpaid Wages and Remittances: Deconstructing the Impact of COVID-19 and Ways Forward 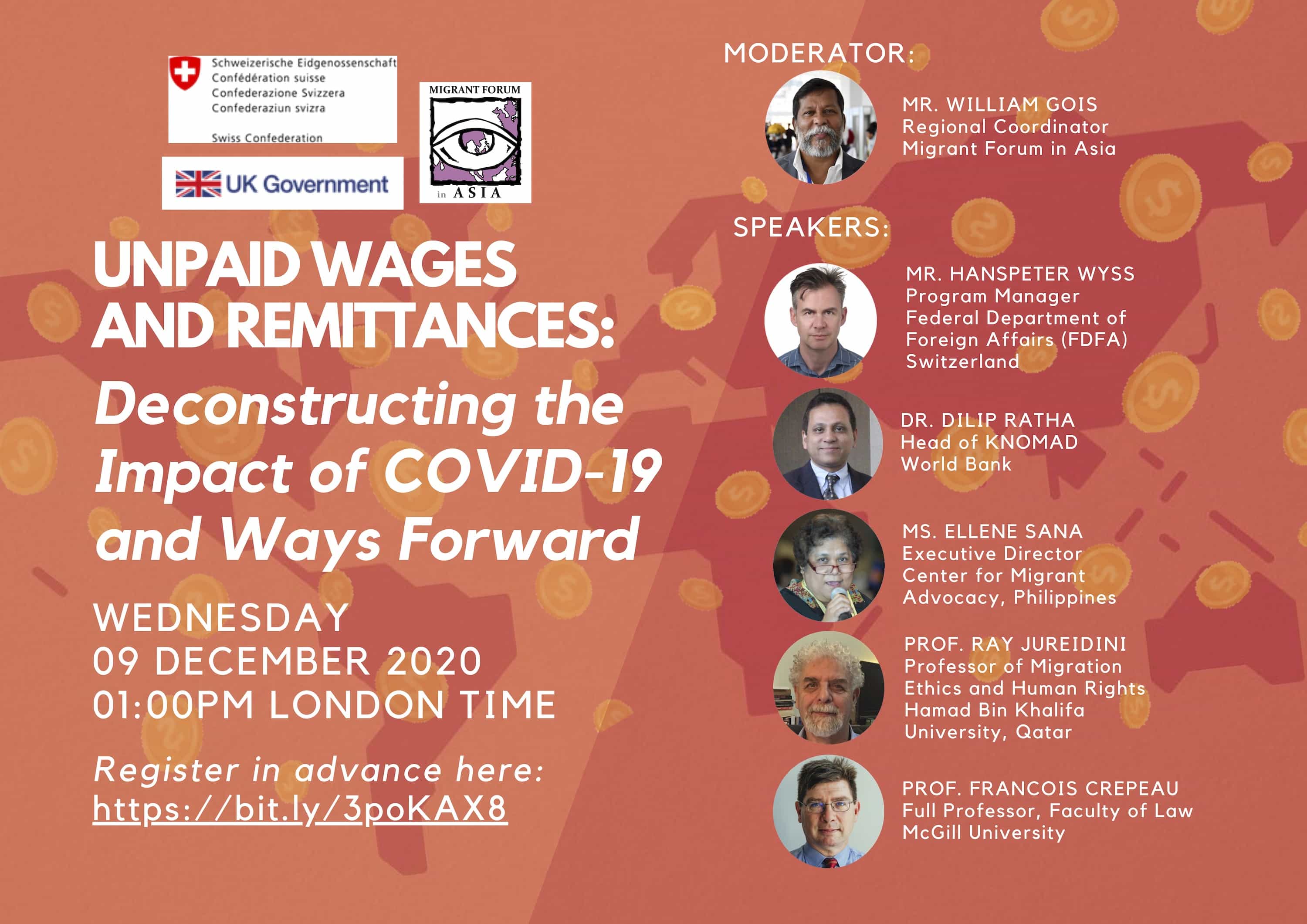 Join the live discussion on November 16, 2020 from 4 to 6 pm Doha time by clicking this LINK. (https://qrgo.page.link/uERuz)

Islamic Ethics and Refugees: reflections on the responses of Muslim-majority countries to the Syrian Refugee “Crisis”

This paper discusses the responses of two groups of Muslim-majority countries to the Syrian refugee crisis that has grown out of the Syrian conflict; the Gulf states, and three of Syria’s neighbouring countries (Turkey, Jordan and Lebanon). Their treatment of Syrian refugees is considered on three factors; how open their borders have been to Syrians, whether or not they have provided access to education, healthcare and the work force, and finally, whether or not they provide residency to Syrians, or even go as far as the offer of eventual citizenship. The responses of these countries is then compared to Islamic ethical positions, drawn from the Qur’an and Sunnah, as well as contemporary scholars. While there have been examples of good practice, on the whole, the discrepancy between the Islamic ethical ideal, and the practice of Muslim-majority countries, is significant. Islam is unambiguous when instructing its adherents on how they should interact with the vulnerable; teachings on this do not seem to be being applied as a rule.

Dr Fethi B Jomaa Ahmed, CILE Research Coordinator, has participated in the  International Conference on “Forced Migration and Refugee Studies: Issues and Shifting Paradigm” which was held in Kuala Lumpur, Malaysia on 5-7 December 2017. Dr Ahmed presented a research paper entitled “ Towards Sustainable Responses to Forced Migration” and moderated the session “Forced Migration and Theoretical Perspectives”.

The Doha-based Research Center for Islamic Legislation and Ethics (CILE) is pleased to invite scholars, academics and researchers to submit their research papers to a closed three-day seminar on Migration and Islamic Ethics – Issues of Residence, Naturalization and Citizenship to be held in Doha during the period January 28-30, 2018.

“The Challenge of Migration from an Ethical Perspective” in Granada

06/2015 The Challenge of Migration from an Ethical Perspective