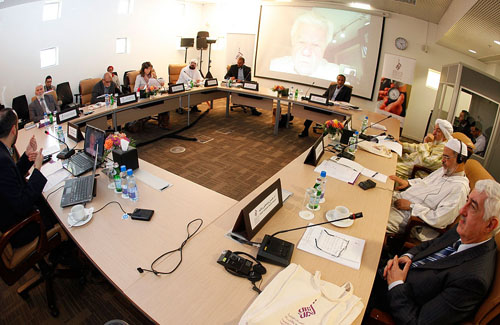 A highly specialized bioethics seminar, held by the Research Center for Islamic Legislation and Ethics (CILE), concluded today in Qatar. The three-day event took place at the Qatar Faculty of Islamic Studies, a member of Qatar Foundation for Education, Science and Community Development.

CILE specialises in Islamic legislation and ethical thought, with a focus on applied ethics. With a vision of reform and renewal guided by the fundamental principles of the Holy Qur’an, Sunna and the higher objectives (Maqasid) of Islam, the center aims to provide a methodological and theoretical framework that contribute to practical applications that transform reality in order to bring about a more just and ethical world.

Principles of Biomedical Ethics: Islamic Perspectives
During the period 5-7 January 2013, the Center for Islamic Legislation and Ethics (CILE) organized an international

01/2013 Principles of Biomedical Ethics: Islamic Perspectives
Searching for guiding principles has always been central in the Islamic tradition and some distinct scholarly disciplines already bear the word "principles", or other synonyms, in their names such as Principles of Islamic Jurisprudence (Usul al-Fiqh).