CILE Organizes a Public Lecture on Muslims in Europe 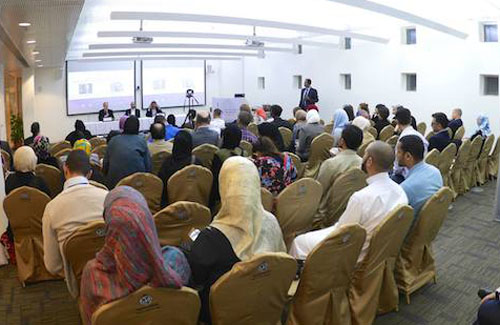 This event comes among a series of public lectures organized by CILE where prominent group of scholars and experts participate to discuss the most important issues in different disciplines including: politics, economics, media, bioethics, arts, environment, education, gender issues, psychology, and methodology.

The Center seeks to deepen discussions on these contemporary issues and provide some ethical approaches developed by both the scholars of text and scholars of context.

Pieter Sjoerd van Koningsveld (born in 1943) studied Semitic Languages and law at Free University in Amsterdam. He obtained his PhD thesis in Leiden in 1976 with a thesis focusing on the bilingual, Latin and Arabic, literature of the Arabic speaking Christians of Al-Andalus. As a full professor of Islamic Studies at Leiden University, he authored many books and articles on the history of Al-Andalus on the one hand, and the position of Muslims in European societies, on the other hand.

He thereby focused especially on European jurisprudence concerning Islam and Muslims, as well as on the new branch of the Islamic fiqh, the so-called "fiqh al-aqlliyyat" and Tariq Ramadan Professor of Contemporary Islamic Studies at the Oxford University and also teaches at the Oxford Faculty of Theology. He is Director Executive of the CILE. They are going to animate in this lecture.

CILE Organizes a Public Lecture on Muslims in Europe
The Center for Islamic Legislation and Ethics (CILE) cordially invites you to its upcoming lecture entitled: “Muslims in Europe: European Laws and Islamic Values”. The lecture will be presented by