Ramadan Lecture Series 2018 at the Museum of Islamic Art: Contribution of Dr Fethi B. Jomaa Ahmed As part of the "Ramadan Lecture Series 2018" organized by the Museum of Islamic Art of Doha, Dr. Fethi B. Jomaa Ahmed delivered two public lectures.

He highlighted that the month of Ramadan is one of the great months in Islam and God has made fasting one of the pillars of Islam. Dr. Ahmed explained that Muslims around the globe differ in their understanding and dealings with the holy month of Ramadan. However, only few who understand the message of the month of fasting as a comprehensive spiritual, moral and social excellence and consider it as a wonderful opportunity to get rid of negative behavior and change one’s self, family and society to better.

The lecturer has emphasized that Ramadan has got four blessings; it is the month in which the Holy Qur’an was revealed, God rewards unlimitedly on fasting, it includes Laylatu al-Qadr (the night of power) and it breeds Taqwa (piety). Besides, fasting in Ramadan is an intensive training at the individual an societal levels to inculcate positive spiritual, moral and social values, which will empower and motivate the believers to be excellent citizens and communities in this world and the Hereafter. 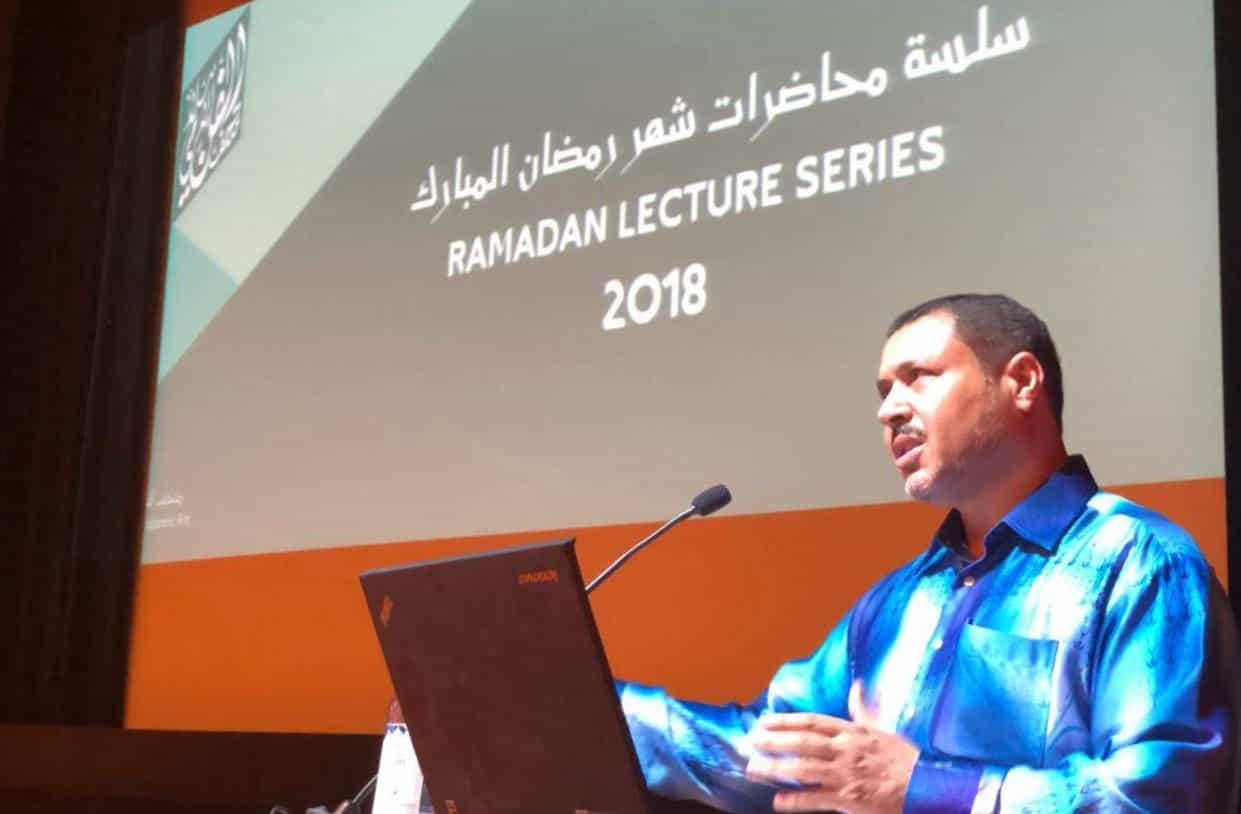 Dr Fethi B. Jomaa Ahmed giving a public lecture at the Museum of Islamic Art on 18 May 2018

On 21 May 2018, Dr Fethi B. Jomaa delivered a second public lecture entitled:

The Mosque as an Institution in Qatar Knowledge Society

He highlighted that since the beginning of the new millennium, especially after the ratification of the Permanent Constitution of Qatar in 2005 and the launch of Qatar National Vision in 2008, Qatar has moved towards building a knowledge society in which education, training and innovation play a central role. It is obvious that the education institutions and research centers play an active role in knowledge acquisition, production and dissemination. There are more than 2,000 mosques  in Qatar and the government pays great attention to their construction, equipment, and the appointment of Imams. However, it appears that the role of the mosque in establishing and developing the knowledge society is unclear and perhaps is considered secondary.

Therefore, the lecturer highlighted the role that the mosque can play in establishing and developing the knowledge society in Qatar. He clarified that the mosque is an open space throughout the year for people of all levels of education, social background, various ages and races to perform their religious duties, get to know each other and cooperate in righteousness and piety. It is also a sphere for human and social moral development. The lecture was an attempt to raise the necessary awareness about the noble and comprehensive message of the mosque and motivate the audience to adhere to this message and disseminate it to the Qatari community. 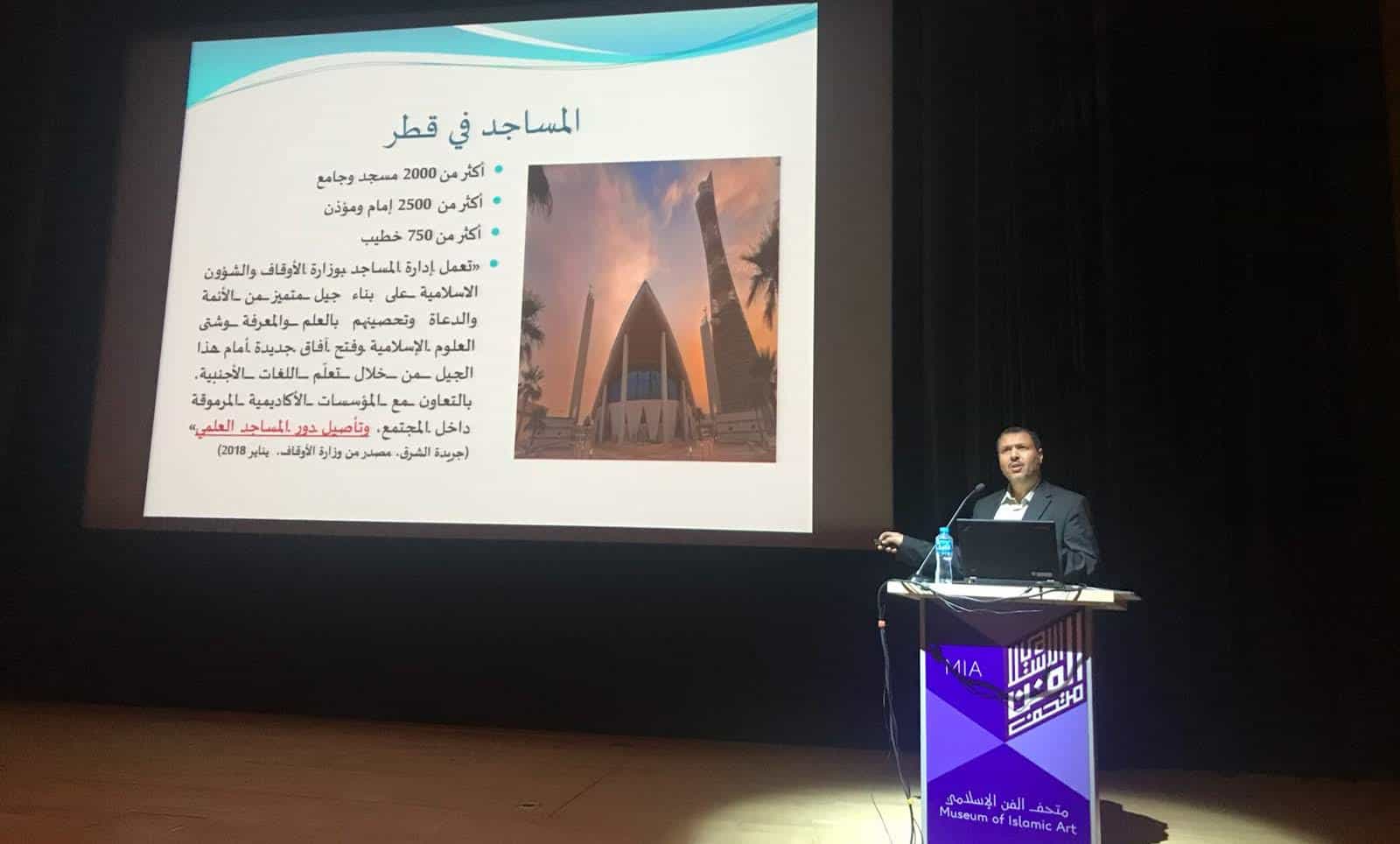 Dr Fethi B. Jomaa Ahmed giving a second public lecture at the Museum of Islamic Art on 21 May 2018