Invitation to “Critical Thinking in Islamic Studies” Events in Granada 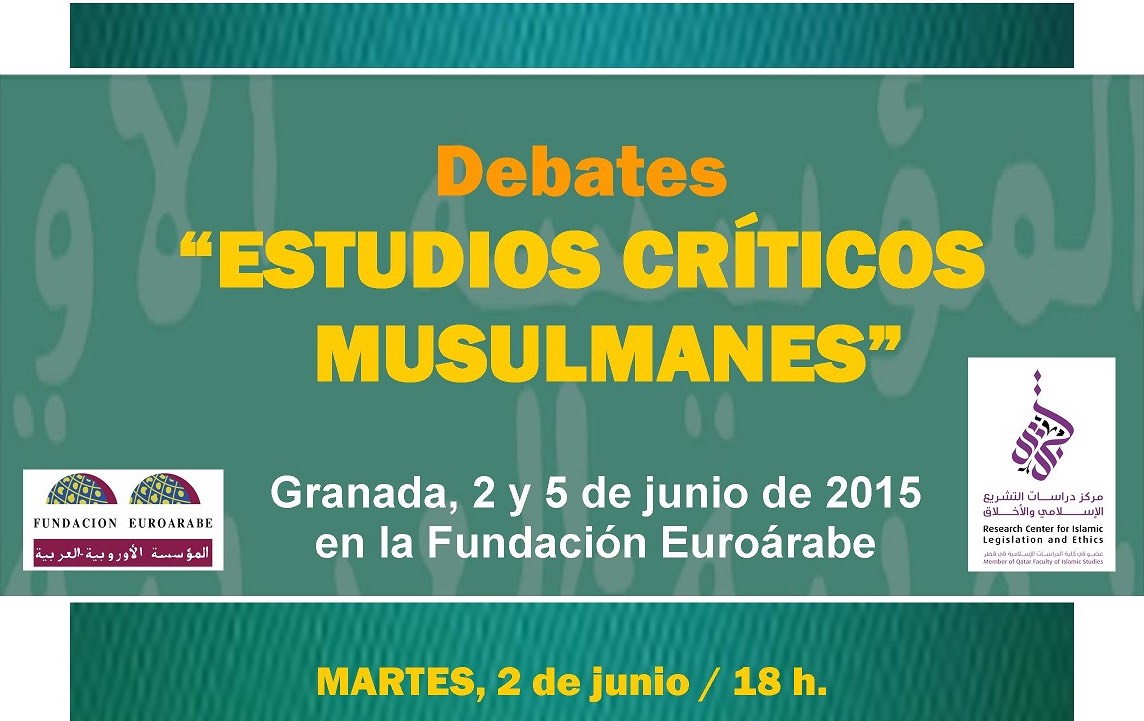 The Research Center for Islamic Legislation and Ethics (CILE) in collaboration with the Euro Arab Foundation for Higher Studies will organize two public lectures this week in the field of “Critical Thinking in Islamic Studies”. This event comes in parallel with the summer school held in 1-5 June 2015 in Granada, Spain.

The second lecture, held on Thursday, June 5, 2015, will tackle the concept of Shari`a and its contemporary applications under the title: “Shari’a for free societies: an ethical approach”. The participants include Dr Tariq Ramadan, Dr Salman Sayyid, Dr Hatem Bazian in addition to Dr Mohamed El Moctar El-Shinqiti, Associate Professor at CILE. The lecture will be moderated by Dr Ramon Grosfoguel, Associate Professor at University of California—Berkeley.

The two lectures will be given in English at 6:00 pm at the premises of Euro Arab Foundation in Granada. 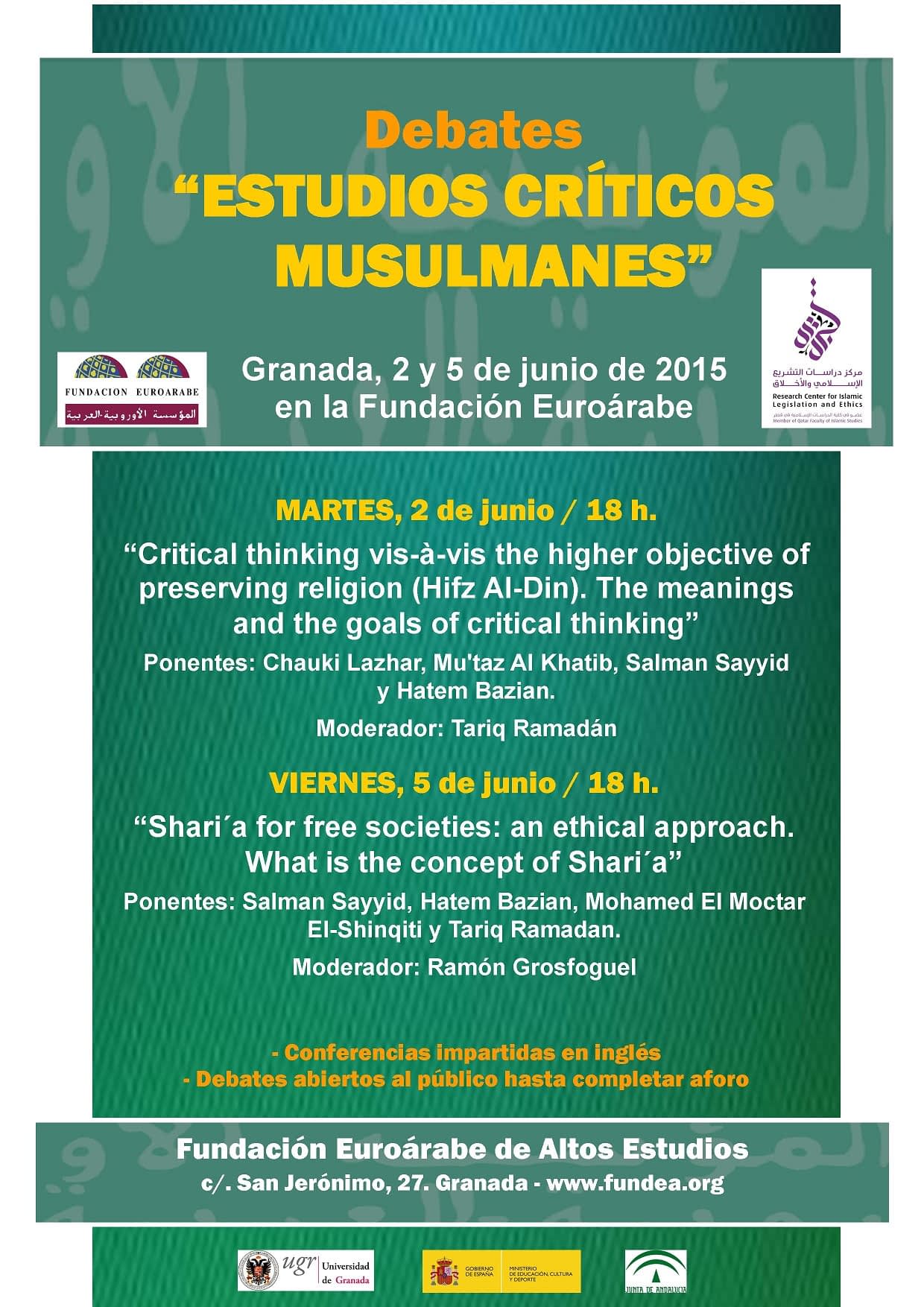 [Video] Granada Summer School "Critical Thinking How Far Can We Go?"
Public lecture organized by CILE in collaboration with the Euro Arab Foundation for Higher Studies on: “Critical Thinking Vis a Vis the higher objective of Preserving Religion: the Meanings and the