Dr Howard is an English Jesuit priest. He studied theology at Trinity College, Cambridge and at the Centre Sèvres in Paris and philosophy at the London School of Economics. He went on to read Islamic studies at the School of Oriental and African Studies of the University of London, before gaining his doctorate in contemporary Islamic thought from the University of Birmingham. In October 2010 he was invited by Pope Benedict XVI to take part in the Extraordinary Assembly of the Synod of Bishops on the Middle East and is regularly in demand at the Holy See and elsewhere as a speaker and broadcaster.

In addition to academic work, Dr Howard has served in a variety of Jesuit works including secondary schools (St Ignatius College, Enfield, St Aloysius College, Glasgow), a parish (Corpus Christi in Brixton) as well as a social centre in Brussels (OCIPE – Jesuit European Office) and also in the formation of novices. He has collaborated extensively with the African Jesuit AIDS Network. He regularly writes for and is on the editorial committee of the British Jesuit on-line journal, Thinking Faith. He is the author of Being Human in Islam : The Impact of the Evolutionary Worldview, (London : Routledge, 2011). He is currently a lecturer at Heythrop College (since September 2010) and Vice-Director of the Bellarmine Institute of Theology and Philosophy (since 2014).

The paper attempts to garner insights from Catholic and Muslim engagements with evolutionary theory. Both religions are theologically committed to the absolute freedom of the Creator in creating, a conviction which should persuade them to distance themselves from naïve readings of cosmogonic mythology. This leaves them free, it is argued, to engage critically with contemporary evolutionary theory even if the evolutionary worldview is somewhat emblematic of the ethos of occidental modernity. The most fertile domain for exploration is likely to be an already well-established post-Darwinian “anthropology of action”. 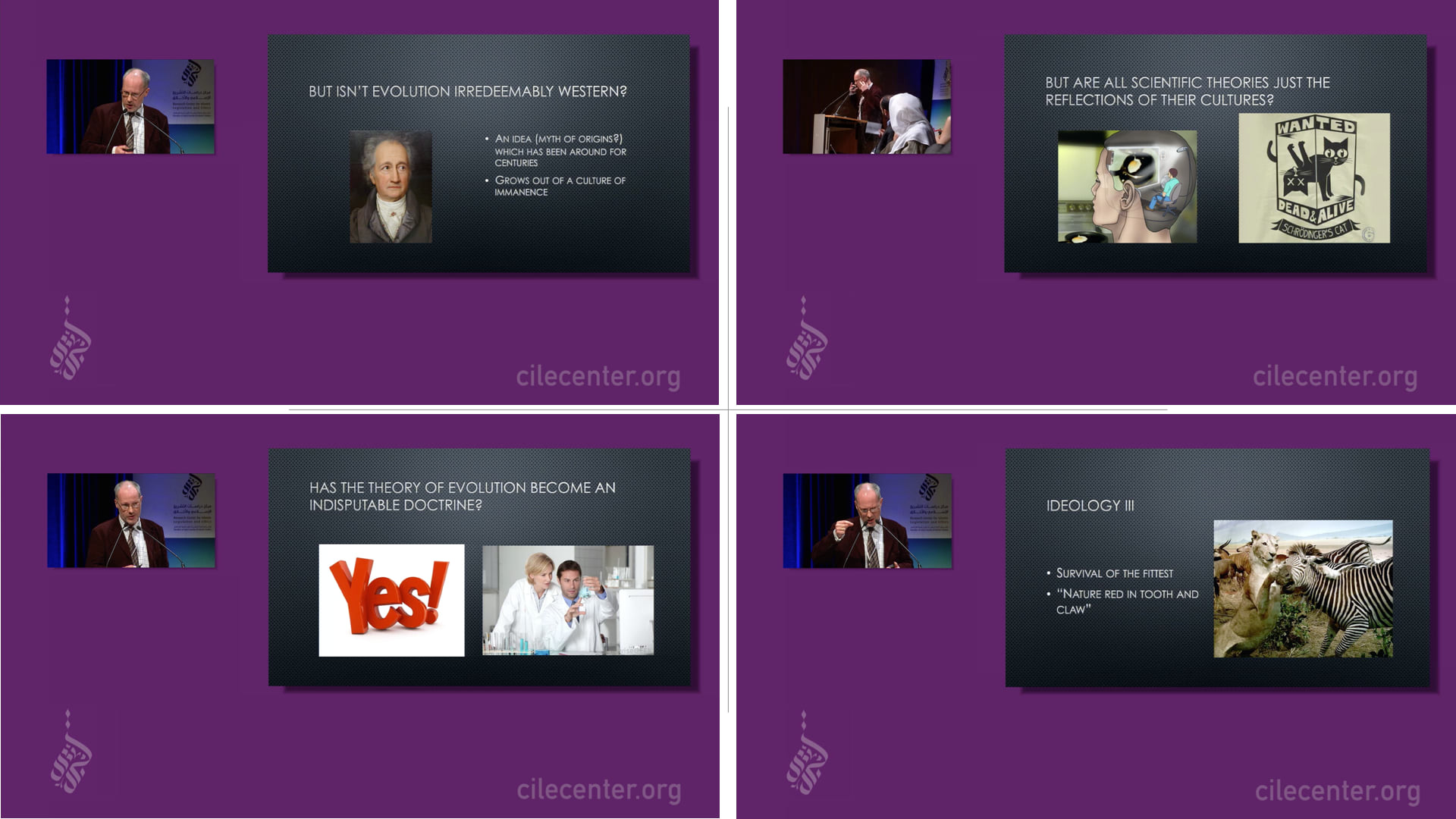 #CILE2015 Abdelazeem Abozaid: What is the Forbidden Riba ?
#CILE2015: The Participants

#CILE2015 Jonathan Brown: What Makes a Fatwa Compelling ? Evidence and Authority in an Age of Political Controversy
#CILE2015: The Participants

#CILE2015 Heba Raouf Ezzat "Beyond the Islamic State: Democracy’s Discontents and the Future of the World"
#CILE2015: The Participants

#CILE2015 Larabi Becheri: The technical process of issuing a Fatwa
#CILE2015: The Participants

#CILE2015 Mulki Al Sharmani "Revisiting the Relationship between the ‘Ethical’ and the ‘Legal’ in Muslim Gender Norms. Reflections on Family Laws and Islamic Interpretive Tradition"
#CILE2015: The Participants

#CILE2015 Jamila Mossali: The Men-Women Relationship from an Islamic Perspective
#CILE2015: The Participants

#CILE2015 Karen Armstrong: The Significance of Hijrah
#CILE2015: The Participants

#CILE2015 Edwy Plenel: For equality, against hatred
#CILE2015: The Participants

#CILE2015 Muzaffar Iqbal: Islam, Muslims and the challenge of Evolutionism
#CILE2015: The Participants

#CILE2015 Nidhal Guessoum: Must Muslims accept the theory of evolution ?
#CILE2015: The Participants