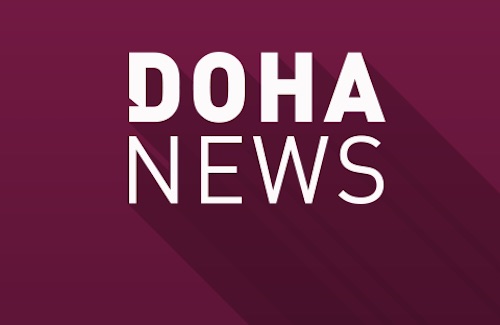 Asserting that migrant workers should not “lose their freedom for a piece of bread,” researchers and religious scholars have called on Qatar and other countries to improve foreigners’ treatment so that it is more in line with Islamic traditions and values.

In addition to overhauling its kafala sponsorship system, there needs to be a shift in attitudes so that foreigners are seen and treated as equals, panelists said last night during a discussion hosted by Qatar’s Research Center for Islamic Legislation and Ethics (CILE).

“We see (migrants) working for us … But there is no appreciation. There is no love dedicated to those people” said Sheikh Ali Al Quradaghi, secretary general of the International Union of Muslim Scholars. “The earth was made for all creatures, all human beings, not one category of people” he added.

The discussion at CILE, which is part of Hamad bin Khalifa University’s Qatar Faculty of Islamic Studies (QFIS), comes as Qatar prepares to amend legislation that governs the relationship between expats and their sponsors.

While the specific reforms contained in the new law are not yet known, the original proposals drafted by government officials aimed to make it easier for foreigners to leave the country and change jobs.

Last night, Al Quradaghi praised Qatar’s leaders for their willingness to address the issue and, like other panelists, directed his recommendations to countries across the region with large expat populations and not just Qatar.

But he and the other speakers called for changes – such as paying individuals equally for doing the same work regardless of their nationality, compensating employees fairly as well as giving domestic workers the same rights as other migrants by including them under the Labor Law – that Qatar has so far been reluctant to consider.

We need to take care of these people

To illustrate his argument, Al Quradaghi highlighted the actions of Omar Ibn al-Khattab.

When the second caliph after the Prophet Muhammad came upon an elderly Jewish man begging and asked why, the man said he had worked for 50 years but still needed money to pay for his basic needs.

Al Quradaghi recounted that Omar was surprised and instructed that money be given to the man because he had been treated unfairly during his working career – a move, Al Quradaghi suggested, that governments and employers in the region should take inspiration from.

Specifically, he said wage levels need to be examining in the context of the cost of living in nations such as Qatar.

There is no national minimum wage in Qatar. Instead, the government negotiates different salary levels with individual countries.

These bilateral agreements mean that workers are paid different amounts based on their nationality, said Latife Reda, a research consultant at the International Labor Organization in Lebanon.

She told the audience last night that labor and workers’ rights are a “fundamental” part of Islamic traditions, including equal pay for equal work and the right to decent living and working conditions.

Reda specifically highlighted how domestic workers across the GCC as well as in countries such as Lebanon are not covered under the labor law.

Human rights organizations including Amnesty International have said this exclusion leaves maids, nannies and other household workers particularly vulnerable to exploitation and other abuse from their sponsors, as there are few checks against the power of the employer beyond the criminal justice system.

Reda recommended that domestic employees be covered by the labor law, which she argued would lead to these workers being included in other measures, such as social security reforms.

This was also one of the recommendations of Jabir Al Howaiel, director of legal affairs at Qatar’s National Human Rights Committee.

While also calling on the government to sign on to multiple international treaties and conventions dealing with migrant rights, Al Howaiel added that current challenges could not be solved through mandatory standards alone:

“Respect and dignity of humans should be part of our culture so every human can live with dignity and liberate himself from fear in an environment that is conducive to security and development” he said. “Workers ought not to lose their freedom for a piece of bread. They need to live with dignity.”

In response to concerns about worker rights, some local organizations have introduced better housing and employment standards for its contractors.

This includes the Supreme Committee for Delivery and Legacy, which is overseeing the construction of Qatar’s World Cup stadiums and published a set of workers’ welfare standards to protect employees on its building sites.

Last week, the committee published an article based on its visits to the Midmac labor camp, which is home to the workers constructing Khalifa International Stadium, that concluded its policies were working:

“‘We made a final inspection just before they moved in and had a walk through,’ explained Megan Jenkins, SC Governance and Enforcement Manager, Workers’ Welfare…‘All of our comments and feedback got taken on board. It was like a 3D model of what we had written on paper coming to life. When you see how it can look and work, you realize we are on the right track with the Standards.’”

Last night’s panel discussion followed a workshop attended by migration and human rights experts aimed at exploring the role of Islamic legislation and ethics in how Arab countries deal with expatriates.

Rajai Ray Jureidini, a QFIS professor of ethics and migration who moderated last night’s event, told Doha News that he hoped the discussions would spur a series of academic papers that could eventually be compiled into a book.