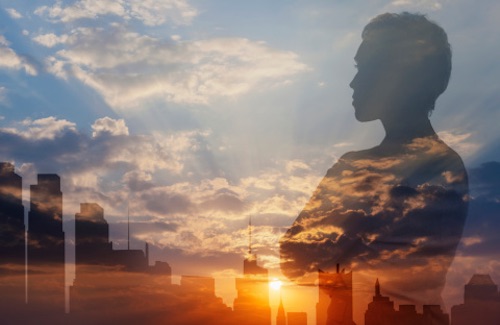 It would not be an exaggeration to claim that today Islamic spirituality has become the monopoly of the Sufis and faith-based civic engagement is more or less the exclusive domain of the Islamists. They are perceived to be diametrically opposite strands of thought and mutually exclusive. Co-existence between the two is a misnomer and to some an oxymoron. The discourse on Islam at all levels from policy-making bodies to grass-root organizations is permeated with this atomistic and fragmented interpretation of the Islamic faith. The Quran describes Prophet Muhammad as the best of examples and we are in dire need of examining the prophetic model of spiritual development and civic engagement. Can one simultaneously tread the spiritual path and strive to build a better society for all?

Islam – like all monotheistic traditions – calls towards submission to one God who created human beings with a dual existence – the spiritual and the physical. The nafkha (divine blowing) by God into our soul upon our creation symbolises our spiritual existence and our human body is a manifestation of the physical. There is a part of us that moves according to laws of gravity, biological drives and instincts but at the same time our soul yearns for the word of ideals and the spirit. Prophet Muhammad even before his prophethood at the age of forty was one who was yearning for the Divine and striving for a better society for the welfare of his fellow human beings. The regular visit to the cave of Hira for extended periods of seclusion contemplating about human soul, God's creation the universe and the plight of mankind laid the foundations for what the Sufis term khalwa (isolation and seclusion with the One) and muhasba (self–evaluation). This period of seclusion was a pre-requisite for the Prophet’s soul to come into close communion with the Unseen Power that lies behind all aspects of existence in this infinite universe. The very first few verses revealed to the Prophet contained spiritual lessons of acknowledging the limitation of human knowledge and to humble oneself before the Creator. “He taught man that which he was ignorant of.”(96:5)

Prophet Muhammad was the perfect human being - al-insan al kamil – who reached the peak of spiritual success such that the Divine left his legacy for those who came after him as the main source and best of examples for reaching spiritual heights. This is a spirituality that connects the soul to its Eternal and ever-lasting Owner and purifies the human soul of its inherent vices of arrogance, anger, hatred, self-infatuation, greed, envy, love-, of wealth and power, miserliness and replaces it with compassion, mercy, love, humility, patience, gratitude, dependence upon God , and generosity. It is through the constant remembrance of God that the heart reaches a state of spiritual tranquility. When Aisha asked the Prophet why he sought forgiveness from God more than seventy times daily – despite his infallibility – the reply was “Should I not be a grateful servant of God?”

The prophetic model of spirituality was also one led by example. He was the ‘walking Quran’. Surely the virtuous qualities of the human soul that each and every one of us would like to be identified with cannot be achieved in isolation. Interacting with fellow human beings and contributing to the advancement of human welfare is a pre-requisite for spiritual progress. At one level, both are intrinsically linked. For how can one rid oneself of arrogance and control anger if one is not ‘engaged’ with others? Do we not see the Prophet sitting on the street of Medina next to an old woman to listen to her story and concerns? Do we not hear Anas Ibn Malik – who served the Prophet for over ten years saying that his beloved never once reprimanded him or said a word of contempt? Do we not feel the compassion with which the Prophet treated the Bedouin who urinated in his mosque? Do we not heed the words of Ibn al-Abbas who said that there was none more generous in giving than the Prophet? The life of the Prophet is only but an everlasting testimony to the spiritual and ethical values of Islam.

The Prophet’s spiritual journey was intertwined with civic engagement – the concern and quest for the social, economic, political, educational, and cultural welfare of human societies. The struggle for societal change was predicated on solid spiritual foundations. Just as one is to rid oneself of the vices of the soul, combating societal vices of injustice, oppression, inequality and racism is equally a moral as well as an Islamic obligation and responsibility. The Prophet was engaged with the welfare of his society even before prophethood. He participated in a pact known as Hilf al-Fudul, which aimed to help the needy, the oppressed and poor and later stated that were he invited to such a treaty again – he would not hesitate to partake once more.

The Prophet earned the title of ‘al-Amin’ – the trustworthy, such that even his enemies who were persecuting the Muslims of Mecca would entrust their belongings with him. In the dispute between the Meccan tribes when re-building the Ka'bah it was decided that whosoever enters the sanctuary first would judge between him. Imagine their delight when this person happened to be Prophet Muhammad. They had confidence in his fairness and administration of justice.

The Sahifa of Medina is considered to be the first written constitution of the world where in the rights and responsibilities of the citizens of Medina were enshrined. It is under the Sahifa that the Jews of Madina were regarded as part of the ‘ummah’ or community with the believers of Medina – tolerance, co-existence and mutual co-operation at its best. The Prophet said that a Muslim who interacts with others and is patient in facing all the hardship - that comes through this engagement – is a better Muslim than one who isolates himself from people and is not patient.(Tirmidhi)

The prophetic model of craving for the Divine is thus actualized through sincere faith and practice and service for His creation. God is at the service of His creation as long as they are in the service of each other. A good Muslim is not the one who merely observes religious rituals. The Quran states: “Righteousness is not whether you turn your faces to the East or the West but righteous is he who believes in God and the Last Day and the angels and the Book and the Prophets; and gives of his wealth for the love (of God) to relatives, orphans, and the needy, and the wayfarer, and those who ask for (the liberation) of slaves; and establishes the ritual prayer and pays the zakat; and those who keep their pledges when they make them, and show patience in hardship and adversity, and in times of distress. Such are the truthful, and such are God-fearing.(2:177)

This Quranic vision of a righteous and committed Muslim is beautifully described by one of America’s leading Muslim scholars and intellectuals. Dr Umar Faruq Abdallah in his paper Living Islam with Purpose: “Stressing societal obligations shows that Islam is much more than a religion of personal pieties and that it cannot be narrowly restricted to the activities of mosques or Islamic centers. The performance of individual obligations like prayer and fasting never removes a Muslim’s moral duty to meet societal ones. The one seemingly upright of Muslims are liable for divine retribution if they ignore societal obligation and content themselves with personal piety alone. At the same time, there must be no confusion; personal dedication to the community's needs does not remove a Muslim’s individual obligation to perform acts of personal piety.”

It is this synthesized legacy which is embodied in the not so distant past – in the lives and struggles of inspirational Muslim personalities – the likes of Shah Waliullah in India (1703-1762), Uthman Dan Fodio in Nigeria (1754-817), Abdul Qadir al-Jazairi in Algeria (1807-1883), Alexander Russell Webb in America (1846-1916), Abdullah Quilliam in Britain (1856-1932), Bediuzzaman Said Nursi in Turkey (1877-1960). All were men of profound spiritual maqam (status) – many even aligned to Sufi tariqas – but they also strove to extend their inner peace and tranquility to the societies they lived in. Theirs was an integrated approach to faith – one that was deeply rooted in God-consciousness and yearning for the Divine while exerting all efforts to make their faith relevant to the time and space they occupied.

Civic engagement is not be limited to political participation only. The prophetic model is one that calls for engaging with all spheres of civic life. Our challenge as Muslims and citizens – wherever we may live – is to articulate a vision transcending identity–politics and move towards what may be termed – 'Islamic humanism'. Our Prophet was sent as a mercy to all of mankind. His was a message rooted in ethics and human dignity. In our quest to impart the radiance of this prophetic mercy on a societal level, particular focus needs to be paid to areas such as good governance, environmental issues, social justice and combating materialism, poverty and illiteracy.

It is imperative for the contemporary Islamic discourse to revive this prophetic legacy of an authentic, dynamic and creative synthesis of the esoteric and exoteric dimensions of the Islamic faith. This entails that the interpretation and practice of our faith is holistic, integrated and relevant. We need to distance ourselves from the pseudo-spirituality on offer in the global cultural supermarket which is more concerned with ritual formalities and a folkloric attachment to our faith. At the same time we need to shun the excesses of the politicization of our faith and the self-interest based civic engagement driven by identity – politics and the pursuit of worldly power and material gains. In short, spirituality needs to extend beyond the Sufis and faith - based civic engagement out of the dominance of the Islamists. The question is: Could this give birth to sufislamism?