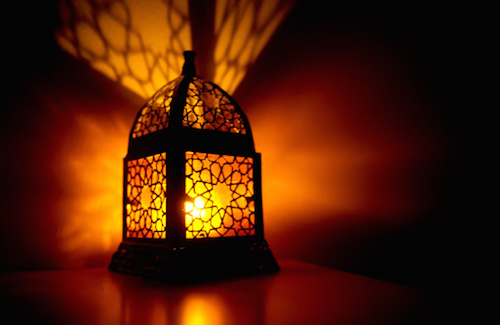 God has created Man and settled him on earth and put the earth at his service. God has also sent Messengers with divine laws to guide Man to achieve the purpose of his/her creation, namely, to be God’s vicegerent on earth. This is by returning to the pure nature so that he/she can reach the peak of human rankings, building a perfect community that acts as a witness over humankind, investing natural resources and using them in the best manner for the welfare of humankind.

Although Man is naturally born pure and inclined to follow the truth, the mere knowledge of the main features underlying the mission of his creation is not enough for perfect achievement of this mission. This is because Man is exposed to strong desires, whims, insinuations and effects that may enslave and lead him/her to act accordingly in isolation from the dictates of sound nature that may be effaced by these capricious layers.

Only when Man has a pure soul free from falsehood, he/she can deliver the mission of human creation. Again pure soul is only reachable when man transcends the rule of physical and superficial living to feel the core of human soul. That is only possible when man returns to God with Whom are the keys to man's heart:

Islam thus emphasizes that acts and rites of worship are simply means with which Man keeps his/her spiritual relationships with his/her Lord to purify his/her nature from earthly taints, not to be isolated from life but to resume his/her journey in life with pure hearts and work in earnest for the welfare of life. The intent of acts of worship is not to trouble man with hardships and burdens simply to test his/her compliance but to purify and help him/her come back to his/her Lord to recapture his/her soul and return to life in spirit and body. In the wake of a collection of acts of worships, God -may He be Exalted- says:

God would not place a burden on you, but He would purify you and would perfect His grace upon you, that you may give thanks

The five daily prayers are the most important worship in Islam; the Prophet – may peace and blessings be upon him- says, “Do you think that if there was a river by the door of any one of you, and he bathed in it five times each day, would there be any trace of dirt left on him?” They said: “No trace of dirt would be left on him.” He said: “That is the likeness of the five daily prayers. By means of them, God erases sins” (Reported by al-Bukhari and Muslim).

The purpose of the five prayers is to purify humans from earthly attached dirties to let them have moments out of worldly concerns and admit their souls to their heavenly sources. However, prayer may be a routine act that is daily and automatically repeated. It is thus no longer a means to freedom from worldly dominance.
It is no matter how far a man may go away from his/her Lord and the essence of human creation, for:

God is gracious unto His servants...

He wills them welfare and success and grants them opportunities to have the best use of their life, such as the month of Ramadhan. If prayers form a moment of pause when man departs his/her daily concerns to reconsider his/her life and reconnect with his/her essence,

Ramadhan is a complete month purposefully intended by God for this very purpose for those who want and desire to return. At the first night of Ramadhan, a caller thus calls “O seeker of good, proceed” (Reported by al- Tirmidhi).

It is not a month for mere refraining from food and drink and bear it to the end of Ramadhan, as the Prophet – may peace and blessings be upon him- says, “It may be that all a fasting person gets from his/her fast is hunger and thirst” (Reported by Ahmad).

Ramadhan is a school in which life routine may change as man stops in moments of reflection over life's essence to learn the true values of things anew.

It is a month for reducing the rule of body and the concerns of days, since man may be weak before them. This may strengthen the spiritual side and help Man remember that his/her true humanity is in spirit not in body, and remember the value of his/her relationship with the Creator; and learn the value of prayers and the essence of long standing before his/her Lord in night prayers. Only when Man feels his/her Lord then feels his/her soul and its essence; Who, Where and to which destination he/she is going?

This month educates Man to get free from all obstacles that keep him/her away from the true humanity; if spiritual awakening shows Man his/her conditions and unveils the depths of his/her heart, then when it is backed by abstention from invalidators of fasting they form practical trainings to teach Man how to keep self- control and overcome alluring attractions.

In this month, a human being can truly feels the needs of fellow humans and love them the same he/she loves for his/herself. This will bring more material and spiritual giving and helps better cordial relations. That is why the Prophet – may peace and blessings be upon him-was “most generous during the month of Ramadhan” and also “ the generosity of the Messenger of God exceeded winds coming fast with abundant rains” (Reported by al-Bukhari).

In this regards, the meaning of all rites ordained by God on His servants are meant to be means to let Man feel his/her Lord to discover his/herself and feel true sympathy with others. That is why Man celebrates and rejoices at the feast of Eidul –Fitr (end of Ramadhan feast). It is a feast of rebirth, it is a celebration of the victory over oneself and freedom from the fetters of earthly fetters.

The joy is not one but two; the joy of breaking the fast at the end of the whole blessed month and the joy upon meeting his/her Lord with sound heart and remarkable achievement. The Prophet – may peace and blessings be upon him- says, “The one who fasts has two moments of joy: one when he/she breaks the fast, and one when he/she meets his/her Lord glad with his/her fast” (Reported by Muslim).

In the Bounty of God and in His Mercy― in that let them rejoice; that is better than the (wealth) they hoard

The Day whereon neither wealth nor sons will avail, but only he/she (will prosper) that brings to God a sound heart

The 2D Enhancement in Ramadan
Introduction

The Psychology of Self-control and the Potential Benefits of Fasting
In the name of God, the Most Gracious, the Most Merciful