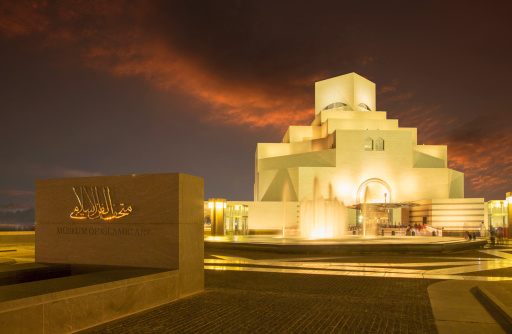 Ethics and Psychology are interrelated as the latter is concerned with human behaviour and the kind of conduct that grants good mental health. The relationship between Ethics and Psychology is represented in our aim to restrain our desires or the id’s demands, to borrow Freud’s term. One seeks to behave with the moral standards of society to avoid experiencing conflict or trauma. Psychology studies human behaviour from different viewpoints depending on the field. Psychology is meant to help people to achieve self-contentment and avoid the feeling of guilt and shame by acting ethically and in the right way, also to avoid cognitive dissonance.

Therapy is meant to help people maintain healthy self-perception and understanding. Since Psychology originated in Philosophy, one of its main concerns is about right and wrong and vice and virtue. Psychology studies behaviour and the mental process of individuals for the benefit of the self and society. The general goal of Psychology is to understand, explain, predict and improve behaviour. Therefore, ethical behaviour is at the heart of psychological theories. What is right and wrong is derived from empirical data and is generalized as the universal principles of morality and of any code of practice.

It is beyond the scope of this short paper to discuss the exhaustive psychological research on Ethics and Psychology in relation to objective scientific methods, Positivism and anti-Positivism debates. However, the experiments and data collection from which to theorize are highly influential in the field of Psychology. The universality of principles of ethics based on scientific, objective method is seen as challenging by different people from different cultures. To explain the challenges facing empirical Positivism and theories which are seen as undermining personal and cultural value systems, I will introduce instances from my experience in teaching Philosophy and Psychology at Birzeit University and my research experience, to help analyse the role of norms, religion, culture and customs in shaping people’s behaviour, attitudes and ethical values.

My experience in teaching European Philosophy and Psychology in Palestine reflects the problem of reconciling religion and culture with the sciences. The majority of students thought that Western philosophy and psychology don’t relate to their culture and religious values. My students tried to draw attention to their social and political situation, important influences on their behavior and attitudes. Some Muslim students, for example, thought that the Quran covers all the issues needed for social justice, human rights and good mental health. My students were, in particular, critical of some of the Western concepts concerning individual freedom of thought and actions. One of the discussions that reflects such conflict with Western theories is the issue of one’s right to commit suicide. Students did not relate to such an exercise of individual freedom of thought, prohibited as it is by religion.

Moreover, students were critical of the Kantian theory of the universality of ethics. Students thought that, for example, lying is wrong but they cannot adhere to Kantian ethics which says that this principle is applicable in all situations and to all people. They gave the example of lying to Israeli soldiers at checkpoints to avoid being arrested. They thought that it is completely justified under the oppression and occupation. Logical Positivism and the general laws derived from empirical data, thus, did not make sense for them. Moreover, they thought that the theory that people do not commit wrongdoing for fear of God is a higher level of ethics than that of Kantian independent, free and rational morality, and is contrary to it.

From a philosophical perspective, for example, the Kantian categorical imperative is the main principle of moral law. The universality of the moral edict for Kant stems from following moral law without any external incentives or motivations. Here is how Kant explains this: “Act as if the maxim of your action were to become through your will a universal law of nature.” “One should not lie” becomes a universal moral law allowing no exception and no one is supposed to lie under any circumstances. To bring in an instance from my teaching experience in Palestine, my students told me that they lie to Israeli soldiers to get away and avoid arrest. At the same time, my students acknowledge that lying is wrong but permitted, even by God, if necessary.

In Psychology classes, students did not relate to the Kohlberg Psychology of Morality theory. Lawrence Kohlberg studies morality using an empirical template involving a moral dilemma to examine stages of moral judgment in relation to self, society and laws. Heinz cannot afford to buy the drug for his wife and Kohlberg asks whether Heinz should steal it in these circumstances. The dilemma is to ask boys and men of different ages whether Heinz should steal the drug for his wife dying of cancer, when he cannot afford to buy her expensive medication. Kohlberg developed his theory on moral judgment and reasoning based on the responses to the Heinz dilemma and how people justify their behavior. Universality of ethics, as a matter of fact, was even challenged from a gender perspective and from his own Western culture.

Kohlberg was challenged by his colleague Carol Gilligan, who found that women’s ethics stem from their connection to people. In her book “In a different Voice” Gilligan found that women have an ethic of care rather than one of justice. Therefore, for women it is not about rules but about others and connectivity, thus demonstrating that it is not only religion and culture that can shape values, but that differences of gender can also influence attitudes and choices and issue a challenge to any attempt to arrive at a universally accepted principle of ethics based on objective, scientific method. My students thought that Heinz’s dilemma doesn’t relate to their culture. They thought that the chemist in their society would have agreed to give the medicine to Heinz and if not relatives or friends would have helped.

In the Social Psychology course, when discussing the “by-stander effect” or what is known as “the Kitty Genovese case”, students thought that the case is very Western and could not apply to the values of their society. Kitty Genovese was killed and raped in New York City and none of the thirty eight neighbors called the police until it was too late. This led to the Social Psychologists, John Darley, and Bibb Latané conducting controlled experiments to study the case and to theorize that the larger the number of by-standers, the less likely they will be to act to help. Each by-stander feels that the others might act; it is a diffused responsibility. Students thought that in their culture this is unlikely and in the above case one would see that all neighbors would intervene and take responsibility.

Another challenging issue relating to Positivism in Psychology is connected with Psychological therapy. Clinical Psychology uses theories supported by empirical evidence as a guide to dealing with patients in trauma. There are two main issues in relation to the universality of therapy. One is assessment and the other is therapy methods. Cultural and religious elements in assessment are undermined and the normality of behavior is judged based on data collected from experiments. Therefore, for example, conformity might be misjudged and considered as abnormal instead of being recognized and protected as meeting social standards. For example, meeting society’s standards in some cultures is crucial to an individual’s mental health. Any conflict with social values might cause anxiety to a person. Assessment and treatment, therefore, cannot undermine such elements. This actually links to the Kohlberg theory referred to above, with regard to stages in moral development, meant to generalize results to everyone. Kohlberg considers morality seen as meeting social standards and values as the second stage in development. In some cultures people behave in a way that grants them rewards in their societies and their ethical actions are seen as being driven by divine teaching.

Moreover, in my experience in Palestinian and other Arab cultures I have noticed that people deal with trauma in metaphysical and supernatural terms. As a matter of fact, talking to traumatized Palestinian women for the purpose of my research, I found that the majority of the women, while contemplating suicide, did not attempt it because it is prohibited by God. Faith and cultural beliefs influence people’s evaluation of the trauma and the treatment. For example, for many individuals of faith, self-control and patience in life’s upheavals stems from their belief that these have a reason for happening because they originate in a decision of their God. Some think that suffering is part of life and a test of endurance.

Moreover, they believe that faith and practicing religious rituals is part of the healing process and the purification of the self. Such faith also is what makes these people trust that evil and immoral actions will eventually be punished by divine justice; it is only a matter of time. Modern Psychology undermines the validity of such beliefs espoused by individuals of faith, since supernatural elements are not considered as actually operative influences in modern Psychology. The general aim of psychotherapy is the reparation of one’s self-esteem which is linked to the advancement of ethical and moral forms of behavior that are universal and based on experimental data.

Despite recent research in the field of Psychology and Philosophy that pays attention to cultural and religious aspects, it is not enough. Philosophy and Psychology courses in Arab and Islamic cultures are taught from the Western perspective and some of the theories mentioned above are the core of course syllabuses. When faced with my students’ challenges to such theories, I did not have any scientific, cultural-related research against which to compare and analyze my experience. I urged my students to consider such limitations in their studies and their professions. Moreover, there is a lack of the policy–making, plans, funding and publishing needed to encourage scientific research, and of human resources in the field of Psychology and Ethics.

As Salam aleykoum, my name is Ibrahim, i want to talk about my story and my view on psychology. As a matter of fact, I am helpful person, seeing people smiling make me really happy. I have always realized that I had a lake of love that why i didn’t feel strong to face on some people behavior owing to my weakness. My life have changed during my period of exam, when I discovered a mental illness which is called depression. The suffering was so huge that I was about to make end of my life. This hard experience proves me that psychologists are powerless; because all the drug and the therapy they gave me have any effect in my state. I always felt very sad and bad physically and mentally. In reality islam have been my best remedy. Why? because Islam have an conception of human being, who tell us that there is a spark which is inside our heart :the fitra, which is our real nature and to become a real human we should return to our real nature and the sharia is the way to get back to the fitra, so that will give inner peace Salam matou nafs.The human being will never get this inner peace if he avoid his need of god inside of his heart it is primordial. That reason why i 'am convinced that Islam can heal a lot of psychology diseases. The issues with psychologists is that they don’t integrate the spiritual side of human being; it’s a huge mistake because the human being can't have a real well being without his spirituality.