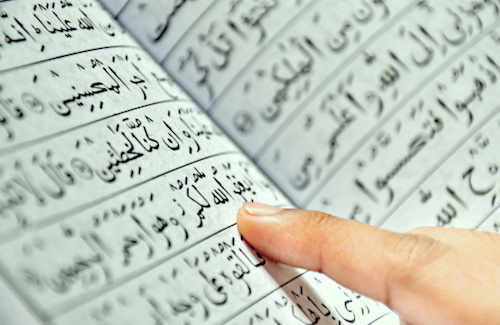 The Islamic theory of ethics studies the rational/religious foundations of the rules and principles which man is obligated to act upon in the different walks of life through reliance on the Islamic sources. The theory also studies the rootedness of the said foundations in the Islamic perception in terms of man’s relationship with God and existence and the dependence of such foundations on the Islamic existential, cognitive and metaphysical axioms. It necessarily answers those philosophical problems that call into question the pillars upon which man’s behavior is built, its yardsticks as well as the source from which these yardsticks are derived. These problems include the yardstick of good and evil, the source of moral obligation, the concept of human responsibility, its requirements and relation to human liberty, the relation of this latter to the concept of determinism and Divine Decree, the concept of moral duty and its relation to moral goodness, the possible existence of a moral reward, the intentions and motives which obligate man to act, and the extent of the relationship between the human effort and moralism.

The field of the Islamic theory of ethics has relatively emerged in recent years. Its history dates back to the pioneering and classical work authored by Sheikh Muhammad Abdullah Diraz. Written initially in French in 1947 under the title “Ethics in the Qur’an”, the work raised the common philoso-ethical questions in the domain of ethics in Europe. Having profoundly understood this domain, Sheikh Diraz started to answer the said questions through reference to the Noble Qur’an. He interpreted and even criticized many theological, juristic and legal theorems in the area of Islamic sciences while pointing to their ethical indications. Sheikh Diraz did not restrict his critique to the Islamic heritage but adopted a similar critical stance towards the western philoso-ethical theorems which have evidently crystallized in Europe under what came to be called “Ethical Philosophy” or “Theoretical Ethics” or “Ethics”. This field emerged approximately during the period of David Hume. The study carried out by Sheikh Diraz resulted in the development of an integrated Islamic ethical theory dependant on the same five pillars of the western ethical theory: Obligation, Responsibility, Reward, Intention, and Effort. In reality, none of the Muslim moralists of the second half of the twentieth century is known to have directly built their works on the results of the pioneering work of Sheikh Diraz. None of them has even adopted a similar approach. This pioneering and magnificent piece of work remained in isolation until further studies on “The History of Islamic Theory of Ethics” started to accumulate. Most of these studies adopted a defensive approach that aimed at proving that Muslims did have a “theoretical ethical” system like the west. In fact, Muslims were centuries ahead of the west when it comes to the topic of ethics, yet our ancestors are not known to have developed a field of science called “ethics”. Rather, the issues of this field were discussed and examined within the subject-matter of other sciences including scholastic theology, principles of Islamic jurisprudence and mysticism. Included among these studies are the work authored by Dr. Ahmed Mahmoud Sobhi entitled “Ethical Philosophy in Islamic Ideology: Rationalists and Sensationalists or Theory and Practice, 1980” and another work by Dr. Majid Fakhri entitled “Ethical Theories in Islam, 1991”. These were followed by other studies which focused on “the history of ethics” rather than the “development of ethics”. Then Dr. Taha Abdurrahman authored a work on ethical criticism of western modernity (The Question of Ethics, 2000). This work aimed at undermining the axioms on which western modernity is based. However, this work was not only confined to adopting this destructive approach but also to presenting a parallel constructive one that aimed at developing an ethical theory rooted in Islamic metaphysics and based on existential and cognitive postulates.

There is a wide range of approaches pertaining to the “development” of the Islamic theory of ethics as well as other approaches of reading the history of Islamic sciences so as to establish the “history” of the Islamic theory of ethics. Concerning the approaches relating to the development of the Islamic theory of ethics, two approaches can be identified: the compound approach adopted by Dr. Diraz as well as the simulation approach of the mystical pattern followed by Dr. Taha Abdurrahman. Dr. Diraz has combined several approaches together so as to arrive at the formation of an Islamic theory of ethics. First: The five modes of the philosophers’ rational approach which include (defining, dividing, proving, disproving, and responding). Second: The Deductive Approach which is based on deducing secondary issues from principal ones. Here Dr. Diraz deduced principal meanings and directives from the Qur’an and Hadiths [Prophetic Sayings] out of which secondary ethical rules and concepts were established. Third: The Comparative and Critical Approach which holds comparison between western theorems on ethics and other Islamic theorems in the area of theology, principles of Islamic jurisprudence or fiqh. Here Dr. Diraz criticizes and dismantles such theorems and, afterwards, develops new theorems on the basis of the Qur’an and Hadith. Fourth: The Qur’an and Hadith Exegetical Approach where the Qur’an is read from a philosophical perspective that casts doubt on certain issues and calls them into question and then poses questions to what the Qur’an has to say about these issues. The unquestionable answers to such questions are arrived at through reading the Qur’an in its entirety or through referring to certain Qur’anic passages that might not be linguistically and directly related to the ethical issue under consideration. Dr. Taha has, however, used a unique approach, namely, simulation approach of the Islamic mysticism structure so as to develop an Islamic ethical theory. Dr. Taha has made use of some mystical concepts to erect the pillars of an Islamic ethical theory. These concepts included the Earliest Covenant [made between God and the Children of Adam], Splitting Prophet Muhammad’s Chest, and Changing the Direction of Prayer. Having inspired the concepts of mysticism, Dr. Taha clothed these theorems with ethical garments and gave them new names like drawing a comparison between a moralist and a mystic, changing the mystic rule regarding the murid’s (disciple’s) need to have a sheikh into an ethical principle known as the principle of living emulation (al-iqtida al-hayy), and calling theomorphism (at-tashabbuh bil-lah) as assuming the noble character traits of God (at-takhalluq bi as-sifat al-husna), etc. This led him to create a new ethical science delivered from the womb of ancient mysticism. The approaches pertaining to the development of the Islamic theory of ethics differ from the approaches of reading the history of the ethical theory in the Islamic culture. Coming atop these approaches is the systematic and analytic approach which re-examines and disintegrates the different sciences of the Islamic culture so as to lay the foundation for other modern sciences. This was the same approach followed by Dr. Majid Fakhri in his English book “History of Ethical Theories in Islam” where he re-examines the history of Islamic sciences in general so as to draw therefrom a history of Islamic theoretical ethics similar to the modern western theoretical ethics with all its four divisions: scriptural, theological, philosophical and religious ethics. Dr. Majid Fakhri reclassified the Islamic sciences so that they may come in line with this contemporary pattern. He extracted the theorems of the mu’tazilites [followers of Wasil ibn ‘Ata’] and ash’arites [followers of al-Hasan al-Ash’ari] to lay the foundation for a type of Islamic ethics which he called “philosophical ethics”. He also read the theorems of the Islamic peripatetic trend which kept close contact with both the Greek and Hellenistic heritage. He gave this type of ethics the name “Philosophical Ethics”. He also found imam al-Ghazali to be the true embodiment of the integration of the Islamic sciences. Such integration was classified as “Religious Ethics”. The ethics which he derived straightforward from the Qur’an and Hadith were called “Textual Ethics” as analogized to “Scriptural Morality”. During his examination of the Qur’an and Hadith, Dr. Majid employed the linguistic analysis approach which discusses the semantics and etymologies of the Qur’anic terms addressing the issue of ethics so as to arrive at their interpretative concept. This includes such terms as “al-birr” (righteousness), “al-qist” (equity), and “al-adl” (justice) and other similar terms.

We conclude by stating that the history of “theoretical ethics” is as ancient as the Greek civilization. This history has spread across the entire civilizations of the world and has been recently divided into theoretical and practical categories. The history, origin and subject matter of this pattern of ethics differs from what came to be called “axiology” which has developed recently thanks to economics. This type of philosophy introduced the concept of “added value”. Axiology or philosophy of values consists in three categories: rational values, aesthetic values and ethical values. Therefore, ethical values constitute only one branch of axiology and cannot stand on equal footing with axiology as a whole or share similar issues therewith.