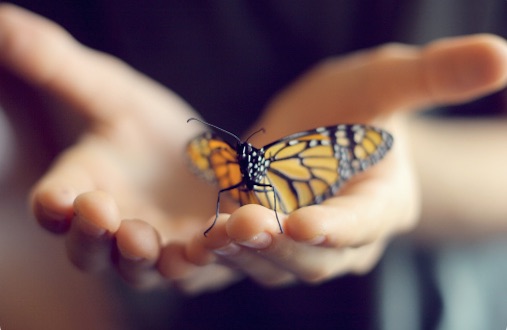 In his book, The Autumn of the Middle Ages, Dutch historian Johan Huizinga describes the decline of the medieval world as a process of "dying and rigidifying of a previously valid store of thought".

The main thesis of Huizinga’s book is that, by the fourteenth and fifteenth centuries, the cultural forms and norms on which medieval Europe was based became overused and exhausted. When any ideal becomes exhausted, it fails to be a source of inspiration; rather it becomes an artificial burden.

From Huizinga’s perspective, the European world of the late middle ages was a world of artificial vanity and self-deception, a ruin of a world that had died a long time before.

I think that the abstract aspect of Huizinga's thesis on cultural forms is enlightening, and can be extended to explain transitional moments in other cultures, including contemporary Islamic culture. The cultural legacy modern Muslims inherited from their ancestors is exhausted, and - with lack of self-criticism - much of this legacy is becoming a burden rather than a source of inspiration.

The Islamic world is going through a deep metamorphosis. The lessons of history from the American and French revolutions show that these kinds of transitive moments are sometimes bloody and painful. At this moment, Muslims need new ideas and ideals that transcend their divisions and heel their wounds.

One of these deep wounds is the conflict between secularists and Islamists, and that is what we will explore here.

At the heart of the crisis of Muslim societies today is the lack of consensus about the social contract on which society should be based, especially in terms of an agreed understanding for the relation between religion and state.

Secularism can be seen from an institutional, legal or ideological angle. In the western experience, it is also important to distinguish between the Anglo-Saxon 'soft' secularism which basically means positive neutrality of the state towards religion, and the French 'hard' laïcité that goes beyond neutrality to  negative intervention against religion.

Institutional separation between religious and political organisations is not difficult to accept in the Islamic world. It is indeed in compatibility with the Islamic historical experience, where religion was never institutionalised as a political competitor with the state, the way it was in medieval Christianity.

But ideological secularism the French way, and legal secularism that excludes Islam as a source of legislation, will never take root in Islamic culture.

Muslims cannot, however, continue ignoring new developments in the morality of all humanity regarding the religion-state relations. First, the foundation of the modern state is geographical, not faith-based.

Second, the equality of all citizens in political rights is, theoretically at least, unquestionable in any respected modern state. Third, every nation needs to consider the laws and legislation of other nations.

Fortunately for modern Muslims who are deeply rooted in their cultural heritage, there are potentials in their inherited culture that might help. First, Muslim societies have always been open to religious diversity.

The unbroken existence of Christian minorities in the Middle East from the birth of Islam until today is a good illustration of this potential. Second, Islamic law is very flexible and open to perpetual interpretation and adaptation, and it is easy to incorporate most modern laws within the Islamic legal vision.

A closer look at the conflict over religion and state in the Islamic world reveals the existence of three players who have a stake in the outcome of this conflict. These players are the Muslim majorities, the non-Muslim minorities, and the non-practicing Muslims. Each one of these players has its own set of concerns.

The Muslim majorities see Islam as an essential part of inspiration in public life, and they don't want their value system to be compromised. They are also afraid of foreign manipulation of the minority’s case.

Some people among these majorities believe that the issue of secularism is irrelevant. We have no church, they argue, and secularism, by definition, is "the separation between the state and the church".

Some would even go as far as saying that Islam is a secular religion, and we are already secular, because we have no clergy who have a claim on being God's legate on earth.

The non-Muslim minorities don't want to be treated as second class citizens, and they don't want their religious freedom restricted. They are not willing to accept less than equal rights and responsibilities in their land of birth.

As for non-practicing Muslims, Islam is acceptable as an individualistic observance, but not a social or political system. They believe the state should avoid legislation of morality, especially religious morality.

The three players in this Islamic metamorphosis need to come to a historical compromise that will save much time and energy, and help produce a swift transition of the Muslim societies to democracy and modernity.

Non-Muslim minorities and non-practicing Muslims need to accept the fact that Islamic law is too rich and too important to be discarded. The historical analogy with Western experience is misleading, since there was never a universally subscribed to "Christian law" that governed societies and states. Unlike the Islamic law that has been the law of many Muslim states and empires throughout the last 1400 years, the medieval Canon law was to govern the Church, not the state or the society at large.

Muslim majorities need to accept that faith is no longer the basis for a social contract; geography is the new basis.

They must also guarantee the political and legal equality of their non-Muslim and non-religious citizens. Any legalisation of discrimination against non-Muslim citizens in terms of constitutional and political rights is absurd. Unfortunately that is what we still have today in many Arab countries—including the very secular ones, where constitutions deprive non-Muslim citizens from running in presidential elections (good for them anyway, since the elections are never fair or transparent).

Legal secularism that ignores the centrality of Islamic laws is meaningless. However, a great reinterpretation and adaptation of Islamic laws is necessary to help this compromise take place. These laws are flexible, and there has never been a monopoly in interpreting them.

Those who complain about Islamic laws need to shift their discourse to a more positive and practical formula: what should matter for them should be equality before the law, more than the source of the law.

As I told my friends at a Texas church a few years ago, I don't care if US law is drawn from a biblical source or a Roman source; what I care about is that the law does not discriminate against me as a Muslim.

The three players in the debate over religion and politics in the Islamic world need to be focusing on the rule of law instead of fighting over what kind of law should rule.

The Islamic world has suffered a lot from the lack of consensus on the social contract within Muslim societies.

It is time to explore new roads towards this necessary consensus. Both Islamists and secularists share the responsibility to achieve common ground through mutual respect and compromise.

A creative synthesis that is seen by Islamists as 'Islamic', and by secularists as 'secular', is very possible. After all Islam never accepted splitting the human personality into spiritual and material parts, and the Islamic ideal was never the self-absorbed asceticism, but the practical ethicality.