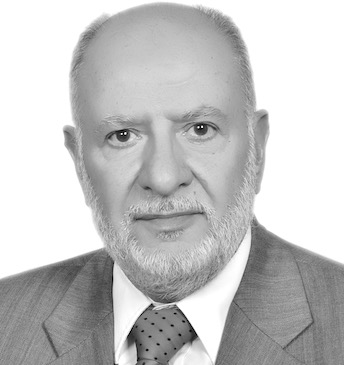 Dr. Fathi Hasan Malkawi is a Jordanian Educator and university professor. He has a Ph.D. in Science Education and the Philosophy of Science, from Michigan State University, America. He also holds a Master’s degree in Educational Psychology and a Bachelor of Science in chemistry and geology. He served in the public education sector as a teacher and educational supervisor, and participated in the development of curricula and authored many school textbooks from 1966 to 1978.  Dr. Malkawi then worked in university education from 1984-1996. He is a visiting professor in more than 20 countries in Asia, Africa, Europe and America.  He wrote and co-authored 25 books on school and university education in the subjects of science and research methods. His most recent publications are:

·       Epistemological Integration: Essentials of an Islamic Methodology. Publications of International Institute of Islamic Thought, 2011. Translated into English in 2013.

·       The System of the Highest Governing Values: Monotheism, Purification, and Urbanism. Publications of International Institute of Islamic Thought, 2013.

Presently Dr. Malkawi is the Regional Director of the International Institute of Islamic Thought, and the Editor in Chief of “Islamiyat al-Ma’rifah” (Journal of Contemporary Islamic Thought), and a member of the Jordan Academy of Arabic