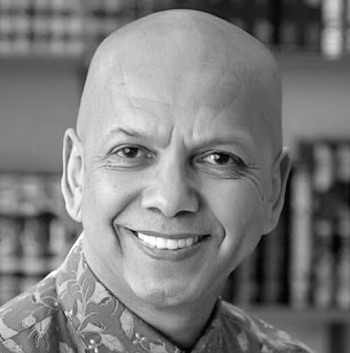 Professor Farid Esack is a South African scholar of Islam and public intellectual who completed the Darsi Nizami, in traditional madrasahs in Karachi, Pakistan, and his PhD at the University of Birmingham, (UK). A Former Professor at Harvard University, he is currently Head of the Department of Religion Studies at the University of Johannesburg and the President of the International Quranic Studies Association. Farid Esack is the author of several monographs, including Qur’an, Liberation & Pluralism: An Islamic Perspective of Interreligious Solidarity Against Oppression, On Being a Muslim: Finding a Religious Path in the World Today, and An Introduction to the Qur’an. He has also published widely on Islam, Gender, Liberation Theology, inter-faith relations, , and Qur’anic hermeneutics. His current research interests (Jews in the Qur’an and socio-economic justice in the Qur’an) reflect his scholarly interest both in contemporary Islam and in the classical tafsir (Quranic interpretation tradition.)